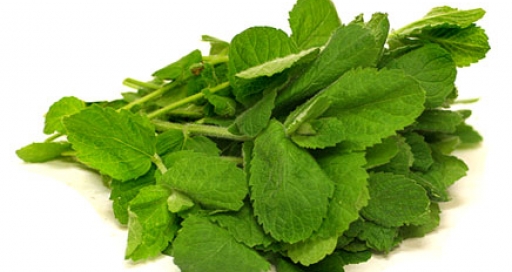 The crushed leaves of this plant are said to eliminate the pain caused by bee sting, wasp stings and other insect bites. They bring about a cooling effect on the affected part of the body.

The flowers can be used to make tea which if consumed when promotes digestion, cures many ailments such as intestine problems, stomach pain and refreshes the mind.

The mint leaves contains nutrients like iron, potassium, calcium, vitamin A and C which replenish our body.

The leaves have anti-cancer properties.

Powdered leaves can be used to whiten the teeth.

Like other members of the genus, it is best not used by pregnant women because large doses can cause a miscarriage.

A tea made from the leaves of most mint species has traditionally been used in the treatment of fevers, headaches, digestive disorders and various minor ailments.

The leaves are harvested as the plant comes into flower and can be dried for later use. The essential oil in the leaves is antiseptic, though it is toxic in large doses.

Menthol and peppermint oil can lead mammal to paralysis easily, even to death if in over dose. So, the dose used shouldn’t exceed the prescribed limit – normally no more than 2mg/kg daily.

From the perspective of Traditional Chinese Medicine (TCM), field mint herb shouldn’t be used in those diagnosed with yin deficiency with blood dryness, or exterior deficiency with sweating, deficient cold of spleen and stomach, and diarrhea or the loose stools.

This herb was often found growing on the ruins of old monasteries. The monks had used it for curing epileptic fits since it was considered refreshing for the brain. In early times, the Greeks used apple mint to clean their banqueting tables and also added it to their baths to rejuvenate their bodies.

Pour boiled water over a teaspoon of dried or fresh apple mint leaves and steep for 10 minutes. Add a pinch of cinnamon and a slice of lemon for a mentally calming beverage any time of the year. Since apple mint exudes a fruity scent that offers a hint of fresh apples, its leaves provide a natural garnish for your fruit salad. Note: avoid mint teas during pregnancy.