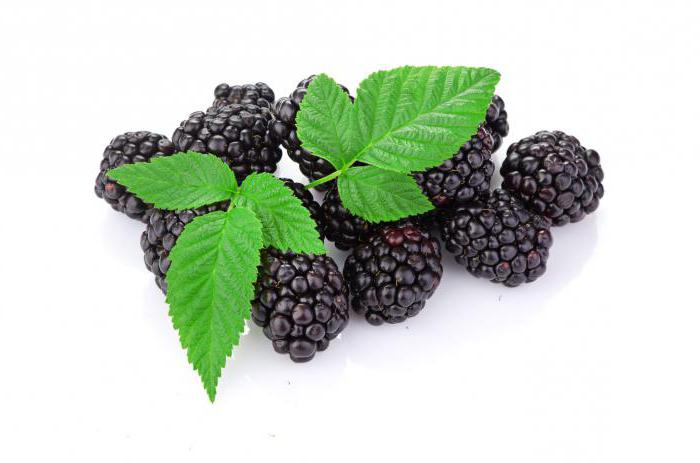 Shop our store for Blackberry

Blackberry is used for treating diarrhea, fluid retention, diabetes, gout, and pain and swelling (inflammation); and for preventing cancer and heart disease.

It is also used as a mouth rinse for mild mouth and throat irritation.

The bark of the root and the leaves contain much tannin, and have long been esteemed as a capital astringent and tonic, proving a valuable remedy for dysentery and diarrhea, etc. The root is the more astringent.

The name of the bush is derived from bramble, or brymbyl, signifying prickly. We read of it as far back as the days of Jonathan, when he upbraided the men of Shechem for their ingratitude to his father’s house, relating to them the parable of the trees choosing a king, the humble bramble being finally elected, after the olive, fig-tree and vine had refused the dignity. The ancient Greeks knew Blackberries well, and considered them a remedy for gout.

Opinions differ as to whether there is one true Blackberry with many aberrant forms; or many distinct types. Professor Babington divides the British Rubi into forty-one species, or more.

It would appear that in Cornwall the bramble-cure is only employed for boils, the sufferer being either dragged or made to crawl beneath the rooted shoot. We have heard of cows that were said to be ‘mousecrope,’ or to have been walked over by a shrew-mouse (an ancient way of accounting for paralysis), being dragged through the bramble-loop, in which case, if the creature could wait the time of finding a loop large enough, and suffer the dragging process at the end, we should say the case would not be so hopeless as that of our friend’s fat pig, who, when she was ailing, ‘had a mind to kill her to make sure on her!’ (LINDLEY S Treasury of Botany.)

The Blackberry is known in some parts of the country as ‘Scaldhead,’ either from producing the eruption known as scaldhead in children who eat the fruit to excess – the over-ripe fruit being indigestible – or from the curative effects of the leaves and berries in this malady of the scalp, or from the remedial effects of the leaves, when applied externally to scalds. The leaves are said to be still in use in England as a remedy for burns and scalds; formerly their operation was helped by a spoken charm. Creeping under a Bramble-bush was itself a charm against rheumatism, boils, blackheads, etc. Blackberries were in olden days supposed to give protection against all ‘evil runes,’ if gathered at the right time of the moon. The whole plant had once a considerable popular reputation both as a medicine and as a charm for various disorders. The flowers and fruit were from very ancient times used to remedy venomous bites; the young shoots, eaten as a salad, were thought – though Gerard cautiously suggests the addition of a little alum – to fasten loose teeth. Gerard and other herbalists regard the bramble as a valuable astringent, whether eaten or applied: its leaves ‘heal the eies that hang out,’ and are a most useful application for piles, its fruit stops looseness of the bowels and is good for stone, and for soreness in mouth and throat.

The fruit contains malic and citric acids, pectin and albumen. If desiccated in a moderately hot oven and then reduced to a powder, it is a reliable remedy for dysentery.

The root-bark, as used medicinally, should appear in thin tough, flexible bands, inodorous, strongly astringent and somewhat bitter. It should be peeled off the root and dried by artificial heat or in strong sun. One ounce, boiled in 1 1/2 pint water or milk down to a pint, makes a good decoction. Half a teacupful should be taken every hour or two for diarrhea. One ounce of the bruised root, likewise boiled in water, may also be used, the dose being larger, however. The same decoction is said to be useful against whooping-cough in the spasmodic stage.

The leaves are also employed for the same purpose. One ounce of the dried leaves, infused in one pint of boiling water, and the infusion taken cold, a teacupful at a time, makes a serviceable remedy for dysentery, etc

—Blackberry Wine—Blackberry jelly has been used with good effects in cases of dropsy caused by feeble, ineffective circulation, and the London Pharmacopoeia (1696) declared the ripe berries of the bramble to be a great cordial, and to contain a notable restorative spirit. Blackberry wine is made by crushing the fruit and adding one quart of boiling water to each gallon of the fruit, allowing to stand for 24 hours, stirring occasionally, and then straining off the liquid. 2 lb. of white sugar are then added to every gallon, and it is kept in a tightly corked cask till the following October. This makes a trustworthy cordial astringent, used in looseness of the bowels. Another delicious cordial is made from pressing out the juice from the ripe Blackberries, adding 2 lb. of sugar to each quart and 1/2 oz. of nutmegs and cloves. Boil all together for a short time, allow to get cold and then add a little brandy.

In Crusoe’s Treasury of Easy Medicines (1771) a decoction of Blackberry leaves is recommended as a fomentation for longstanding ulcers. There is also a popular country notion that the young shoots, eaten as a salad, will fasten loose teeth. A noted hair-dye has been made by boiling the leaves in strong lye, which imparts to the hair a permanent soft black colour.

—Blackberry Vinegar—is a wholesome drink that is easily made and can with advantage have its place in the store cupboard for use in winter, being a fine cordial for a feverish cold.

Gather the berries on a fine day, stalk them, put into an earthenware vessel and cover with malt vinegar. Let them stand three days to draw out the juice. Strain through a sieve, drain thoroughly, leaving them to drip through all day. Measure the juice and allow a pound of sugar to each pint. Put into a preserving pan, boil gently for 5 minutes, removing scum as it rises, set aside to cool, and when cold, bottle and cork well.

A teaspoonful of this, mixed with water will often quench thirst when other beverages fail and makes a delicious drink in fever.